In this dream His Holiness Saint John Paul II fleeing from Rome enters tired to the courtyard of the house where I was born in Cumaral Meta, Colombia. There I was sitting on a large stone under a mango tree unloading all my tribulations caused by all my sufferings and all my sins. Thirsty for his flight, His Holiness approaches me and asks me to drink.

Waking up that day, being in Santa Fe de Bogotá, Colombia at the age of 26, I remember the dream, I feel the desire to start writing this book, and I start to collect day after day the content written in it, that is the sound doctrine of the Holy Church of God. As I write it, and as the years go by, the Holy Trinity will give us its light and help to interpret and understand the meaning of this prophetic dream with His Holiness: 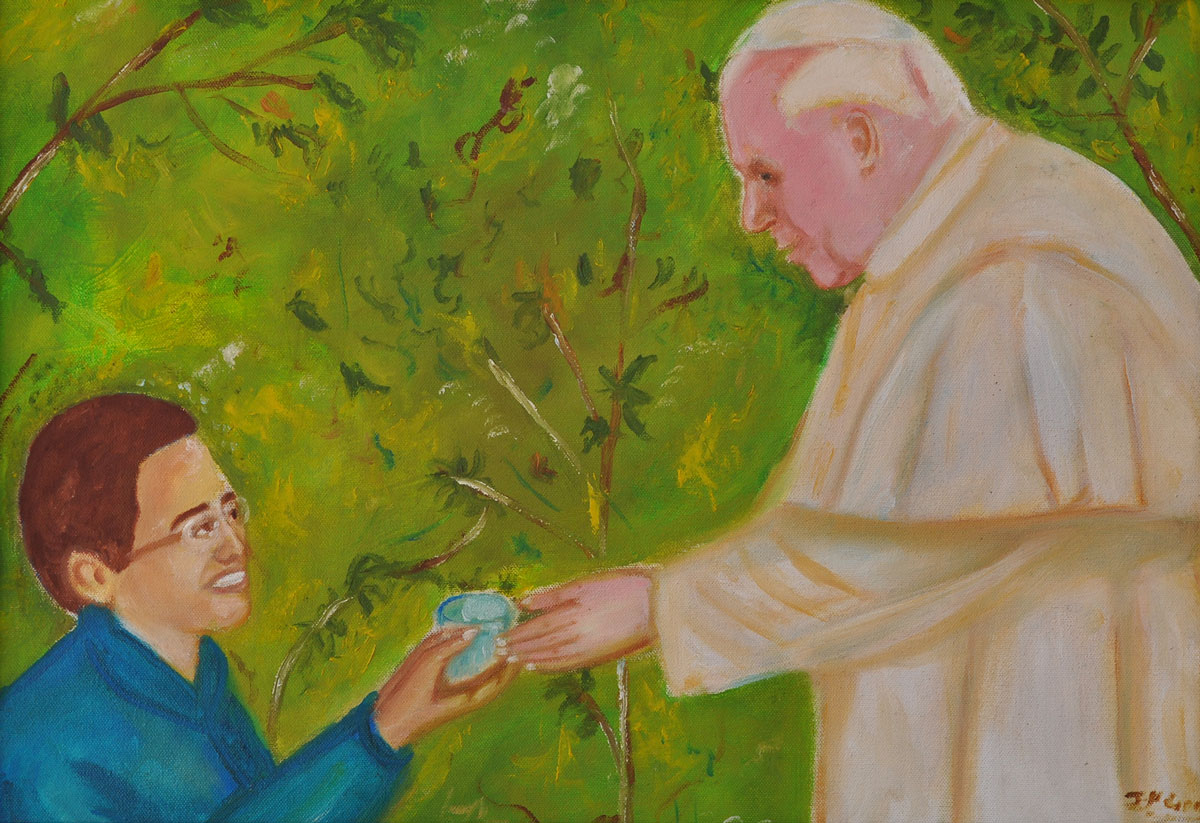 This painting elaborated by the teacher Jesus Norberto López Usma, on the 7th of June 2012, on Thursday of Corpus Christi, represents a glass of water that I give to drink to Saint John Paul II, this being the order that His Holiness has made me to quench your thirst; this glass of water means this book SANCTA ECCLESIA DEI, so called because a priest in Santa Fe de Bogotá suggests that I title it "Ecclesia Dei"; this work that by inspiration of the Holy Trinity compiles the knowledge of the healthy doctrine of the Saint Church of God, and that with the help of my wife Maryory Elizabeth I wanted to put in writing in the midst of my tribulations caused by my sufferings and my sins, to give it to drink to souls troubled by their sufferings and their sins. This is how the Holy Trinity has enlightened us and helped us interpret and understand the meaning of this book.

Lord Jesus, you know everything; you know that I love you!

The book is a historic-religious-prophetic compendium that explains of a didactic way the facts that have determined the history of humanity, the doctrine of the Holy Catholic Church and the eschatological prophecy for the end times. The end of this book is to teach those who read in the historical events that have been the cause of the changes that humanity has suffered, it the truths that the Holy Church of God believes and practices and in the prophecy regarding the definitive triumph of the Immaculate Heart of the Most Holy Mother of the Holy Church of our Lord Jesus Christ. The columns in which it has been built are: the Most Holy Eucharist and the Most Holy Virgin Mary 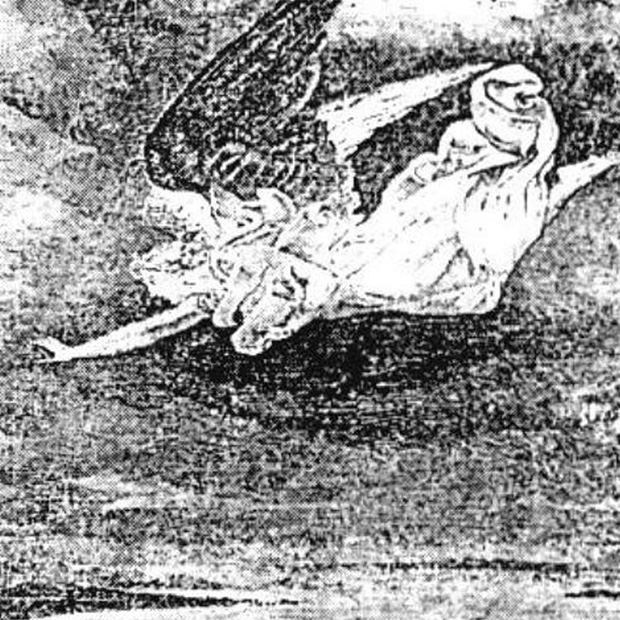 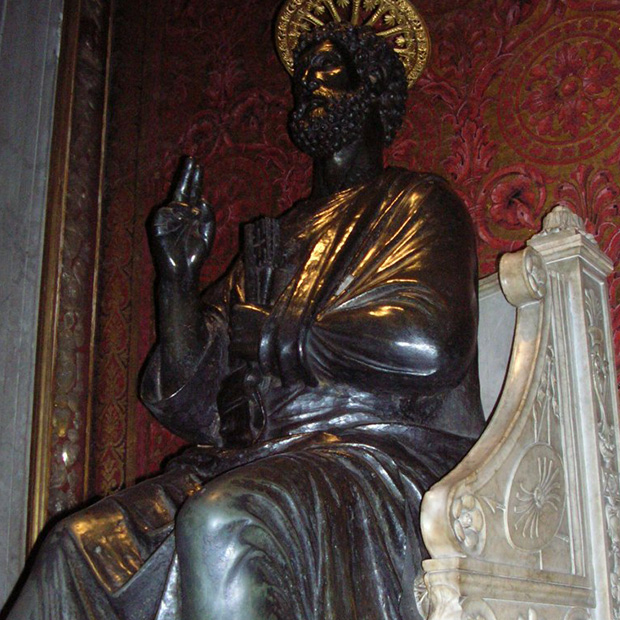 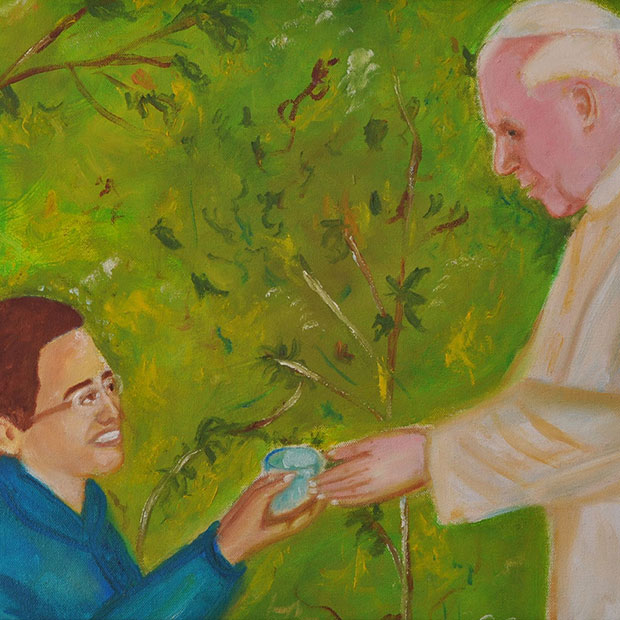 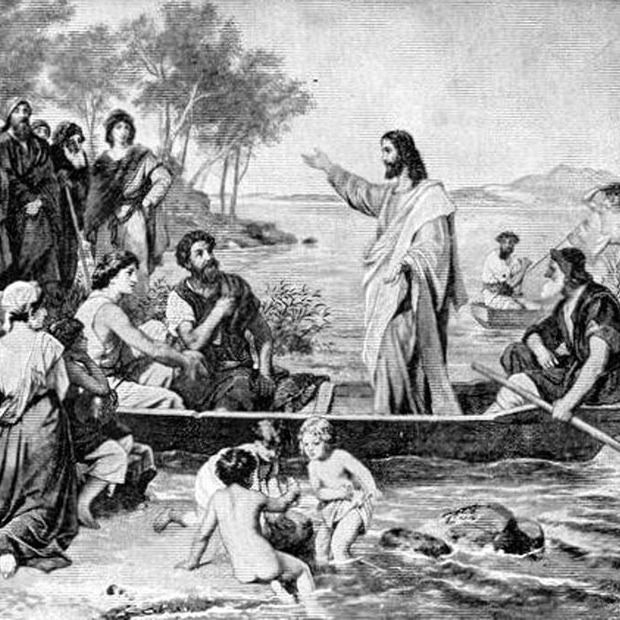 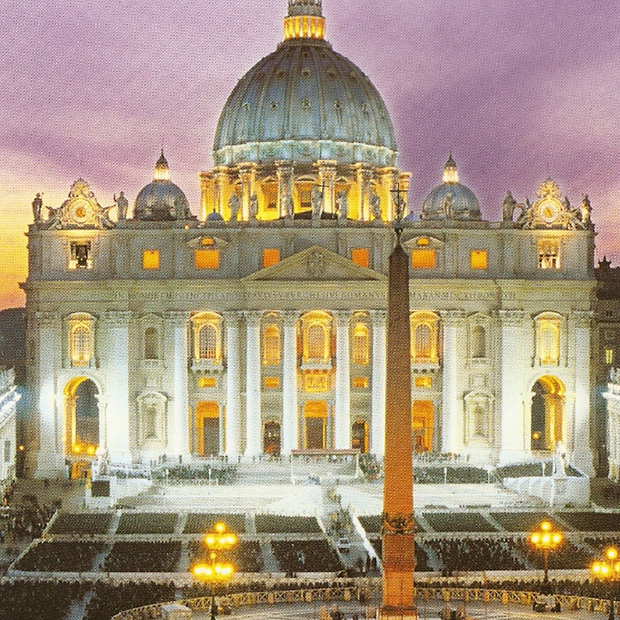 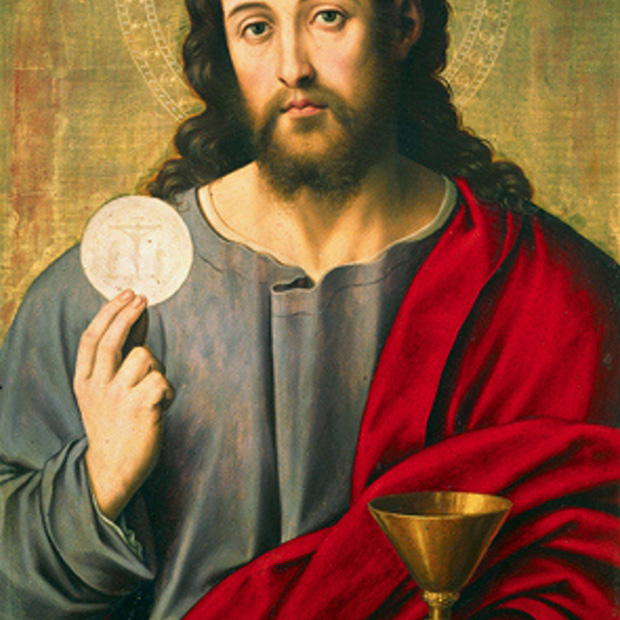 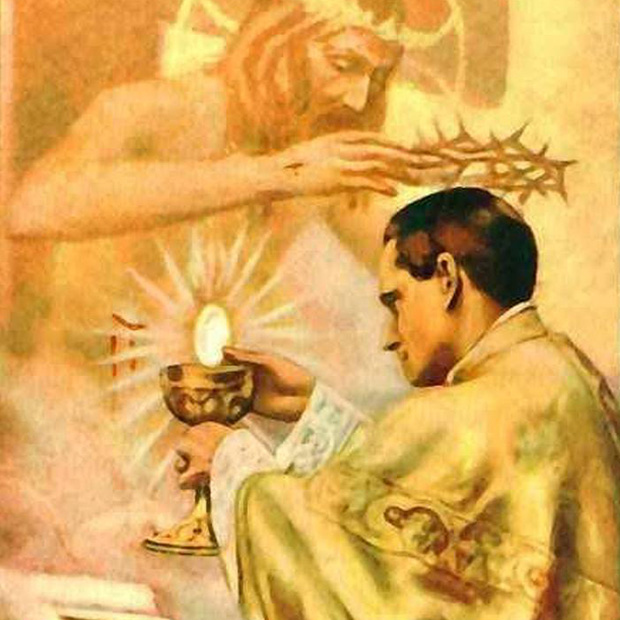 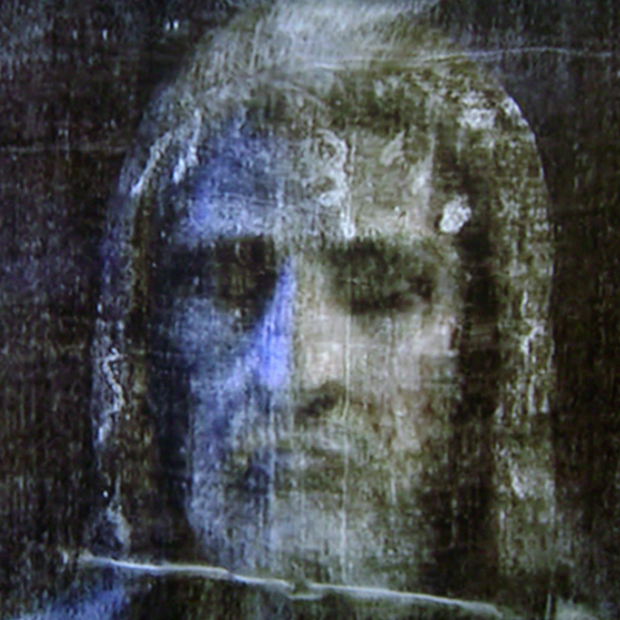 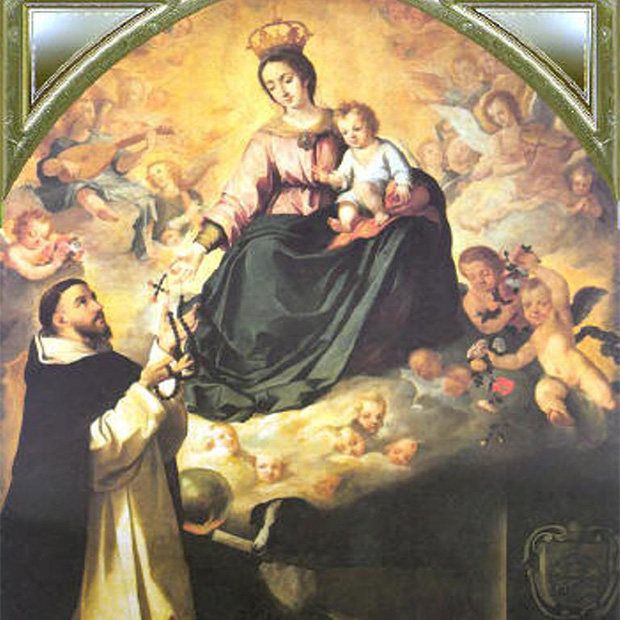 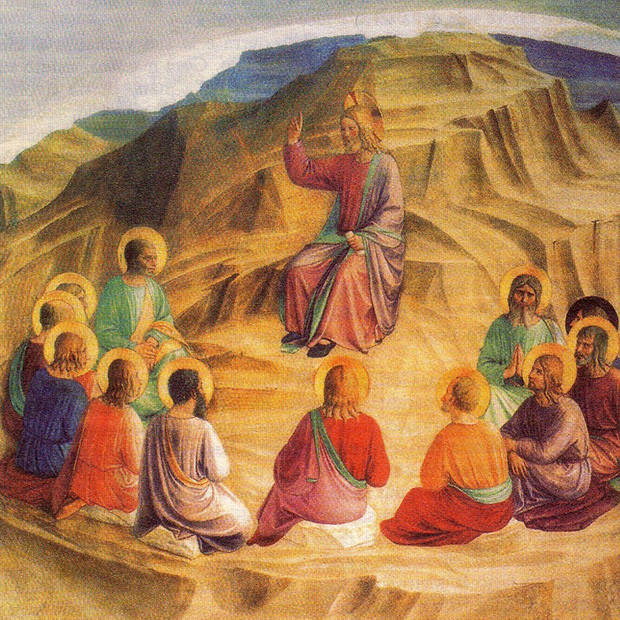 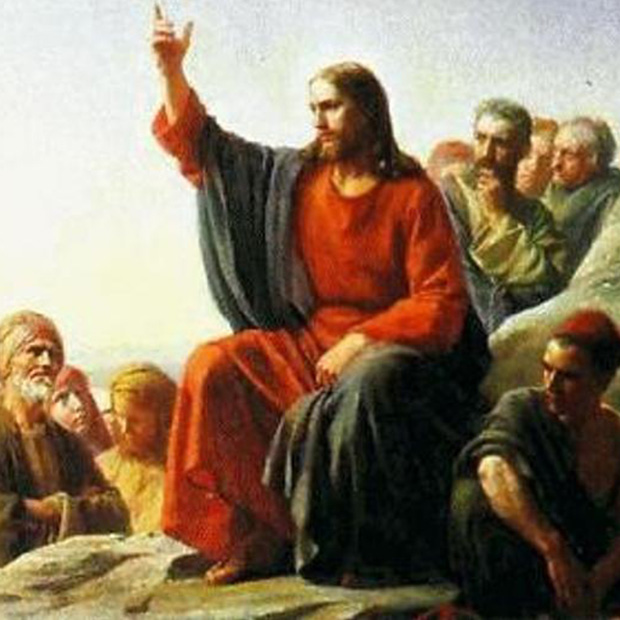 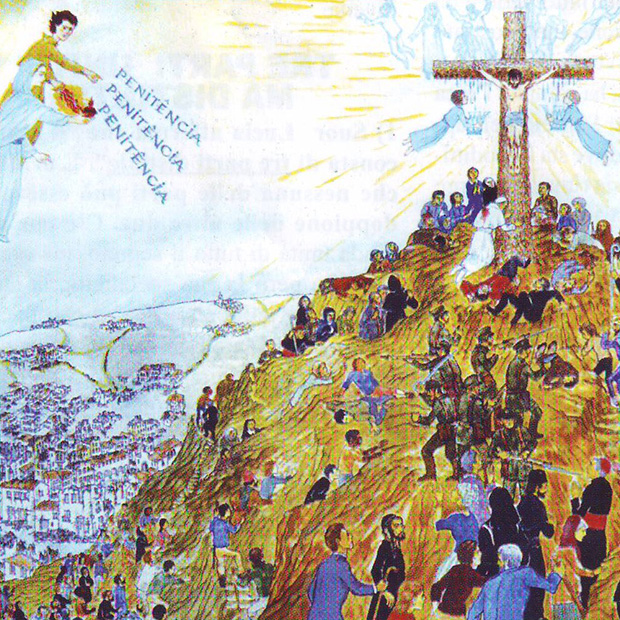 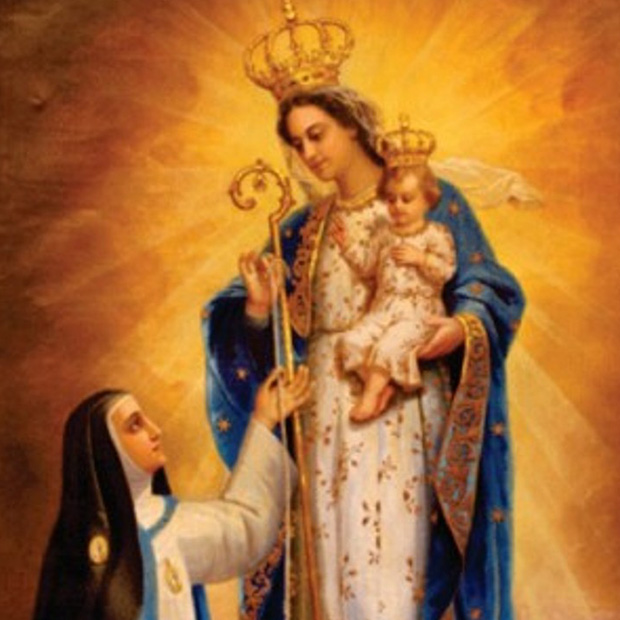 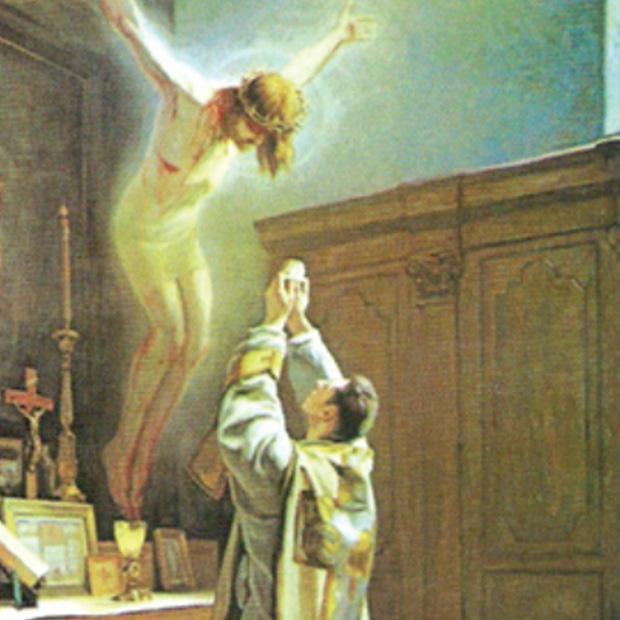 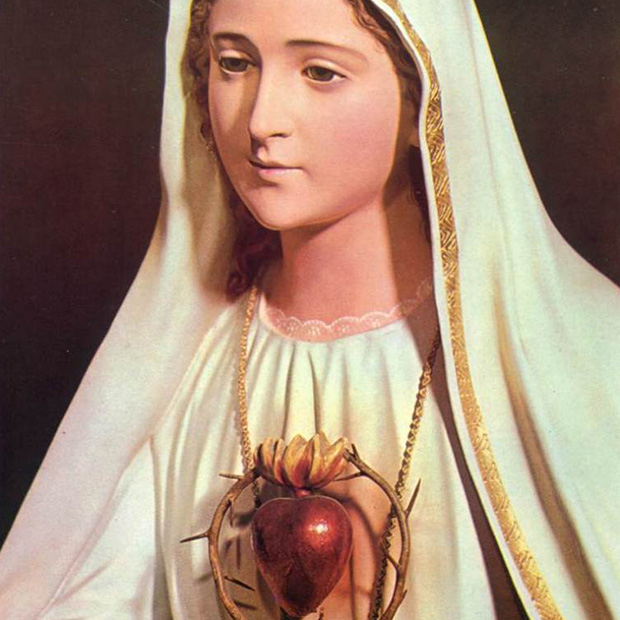 Prayer to the Immaculate Heart of Mary 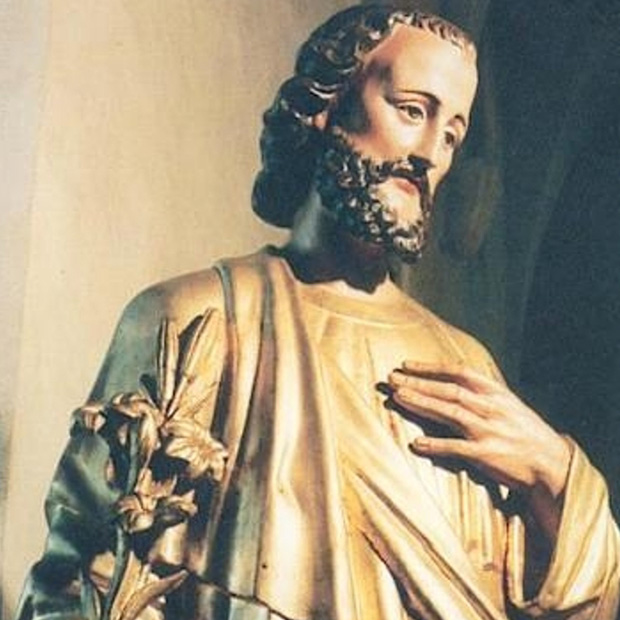 Prayer to the Patriarch Saint Joseph

Jorge Enrique was born in Cumaral Meta, Colombia, on the 16th of May 1972. He began writing this book Sancta Ecclesia Dei in Santa Fe de Bogota, Colombia, on the 14th of June 1998. He studied electrical engineering, industrial engineering, marketing and sales, acting and philosophy. He did not graduate. Maryory Elizabeth was born in Tegucigalpa Honduras, on the 21ht of July 1976. She graduated as an accountant. They both met in Rome, Italy on the 8th of December 2007 where they decided to continue writing this book together. This website was created on 14th of June 2008 to make it known. They were married in Santa Fe de Bogota, Colombia, on 9th of July 2011 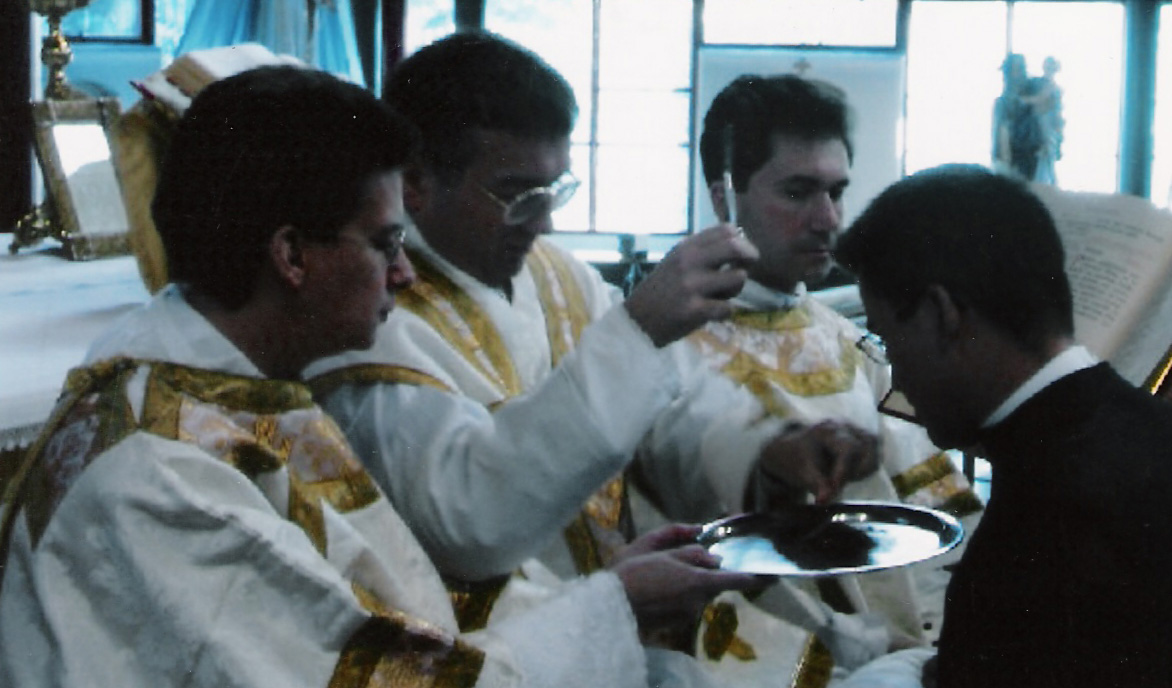 Jorge Enrique received clerical tonsure from the hands of Father Arnaud Devillers, Superior General of the Fraternal Society of Saint Peter, on the 25th of October 2003, at the International Seminary of Saint Peter of the society in Wigratzbad, Germany

Maryory Elizabeth received the sacrament of confirmation from the hands of His Eminence Luigi Cardinal De Magistris, on the 17th of June 2008, at the Basilica of St. Mary Major in Rome, Italy 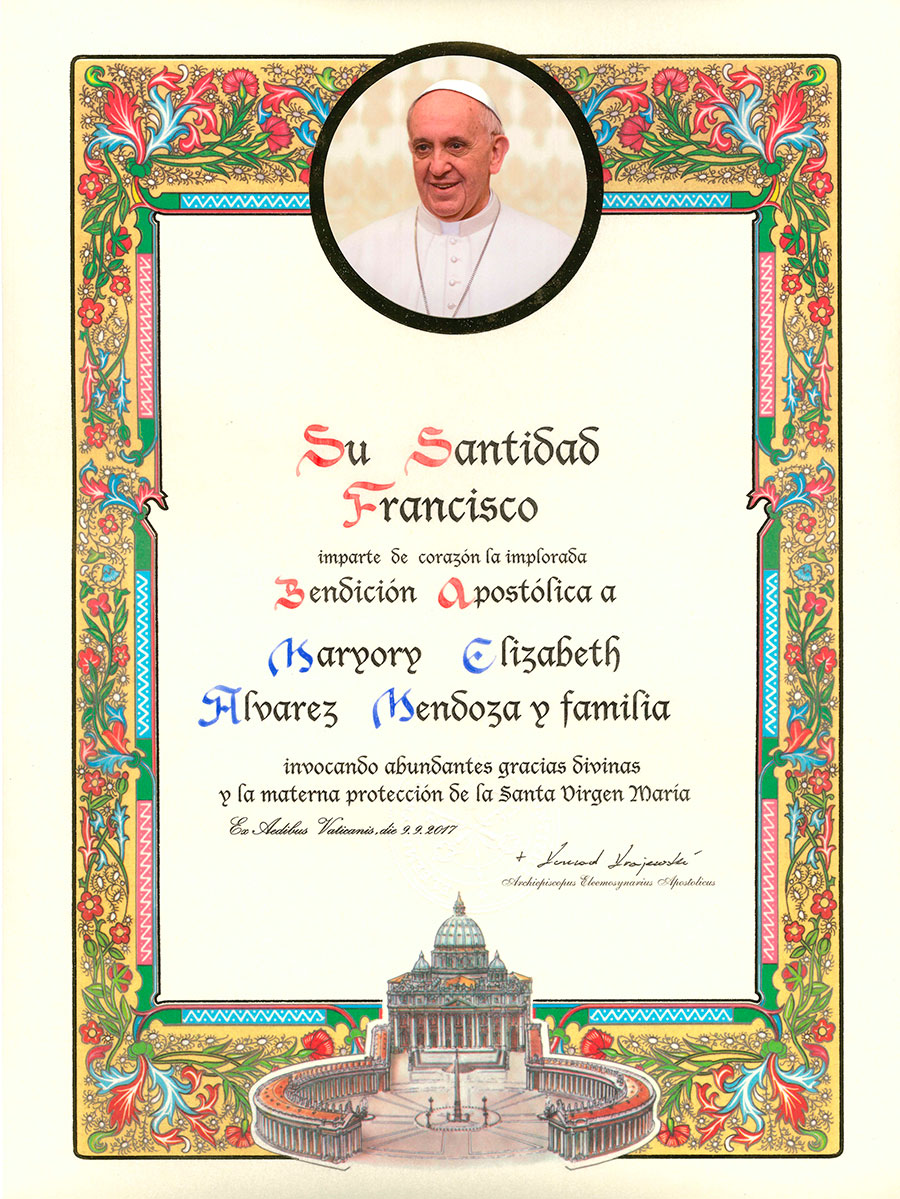 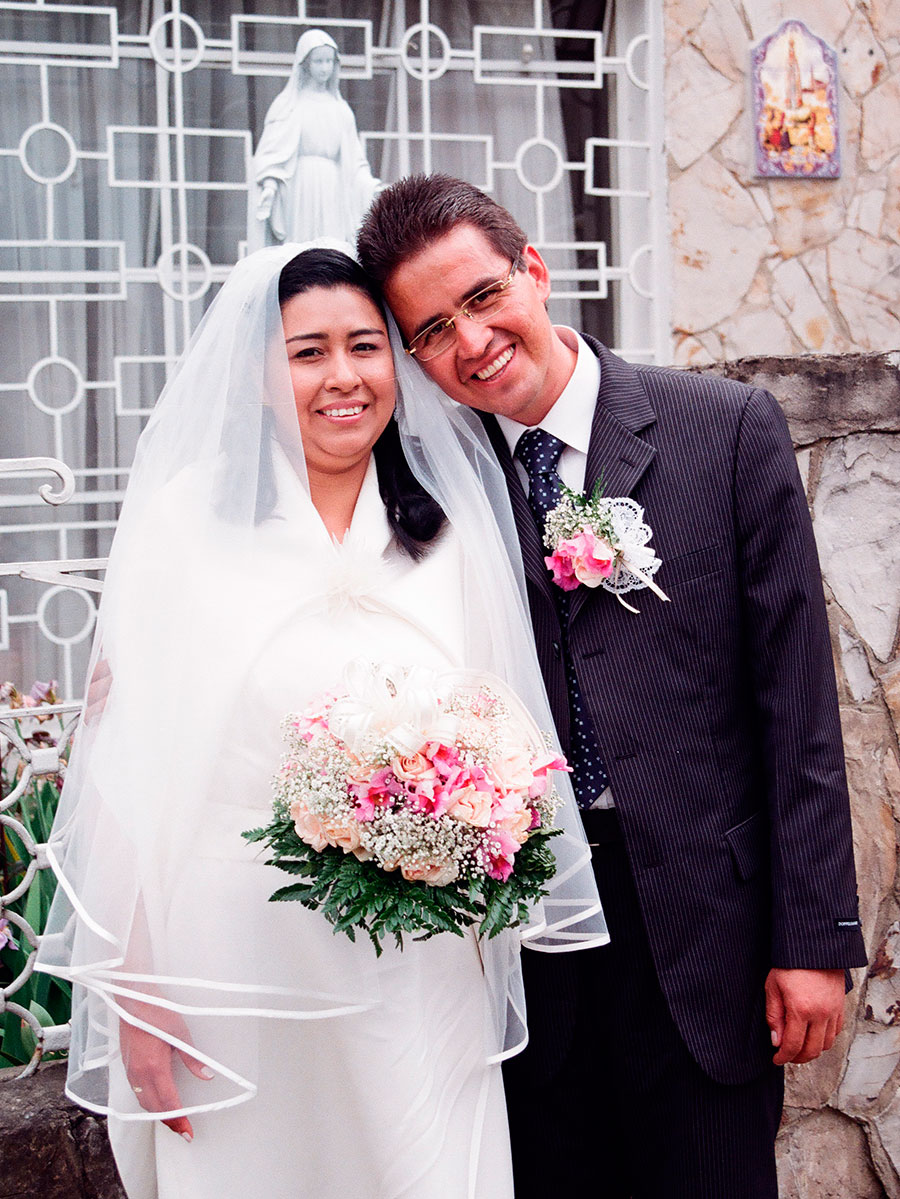 Jorge Enrique and Maryory Elizabeth on the day they celebrated the Sacrament of Holy Matrimony in Santa Fe de Bogotá, Colombia 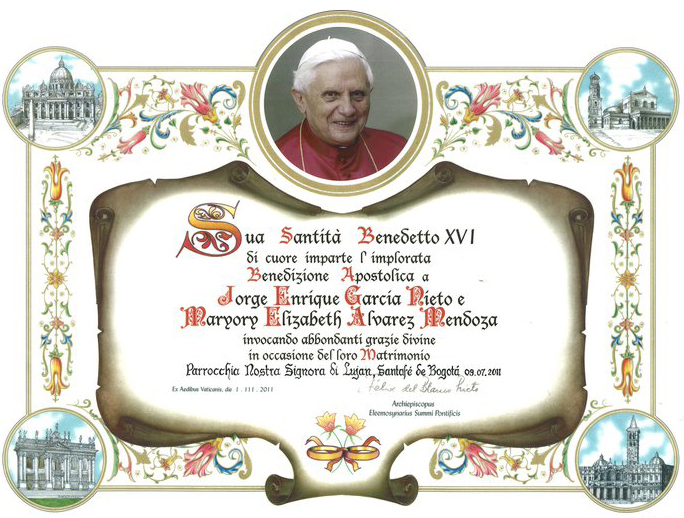 The ceremony was celebrated by Father Victor Jesus Camacho Forero, a priest of the Pontifical Institue of the Good Shepherd, on the 9th of July 2011, at the parish of Our Lady of Luján of Santa Fe de Bogota, Colombia on the feast of our Lady of Chiquinquirá, Patroness and Queen of Colombia 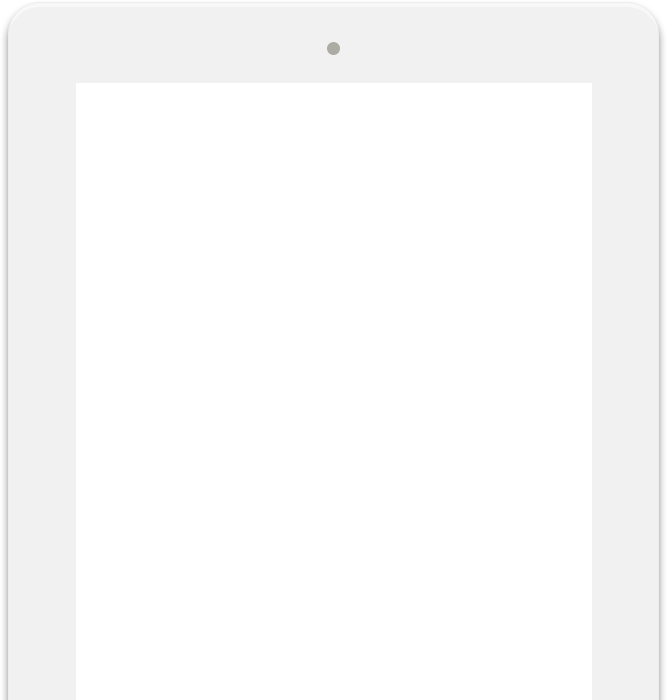 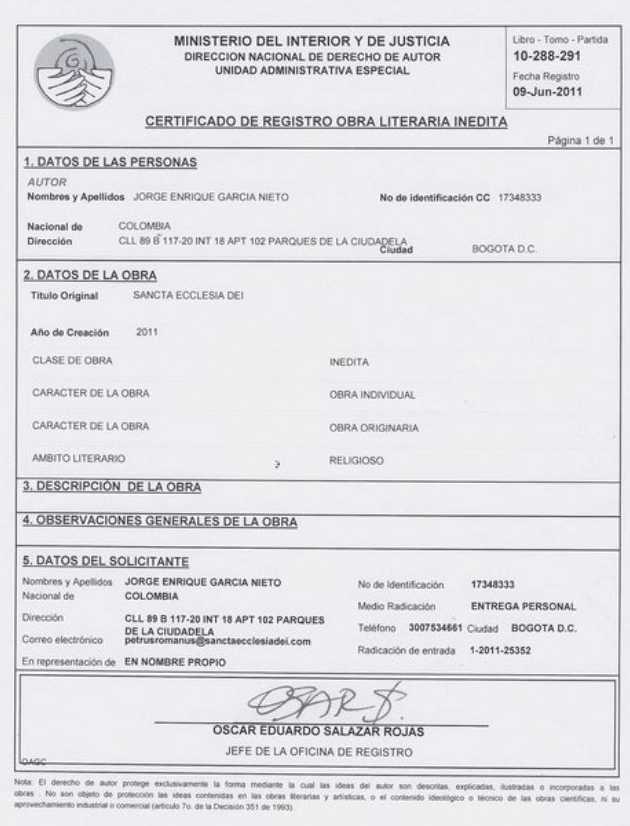 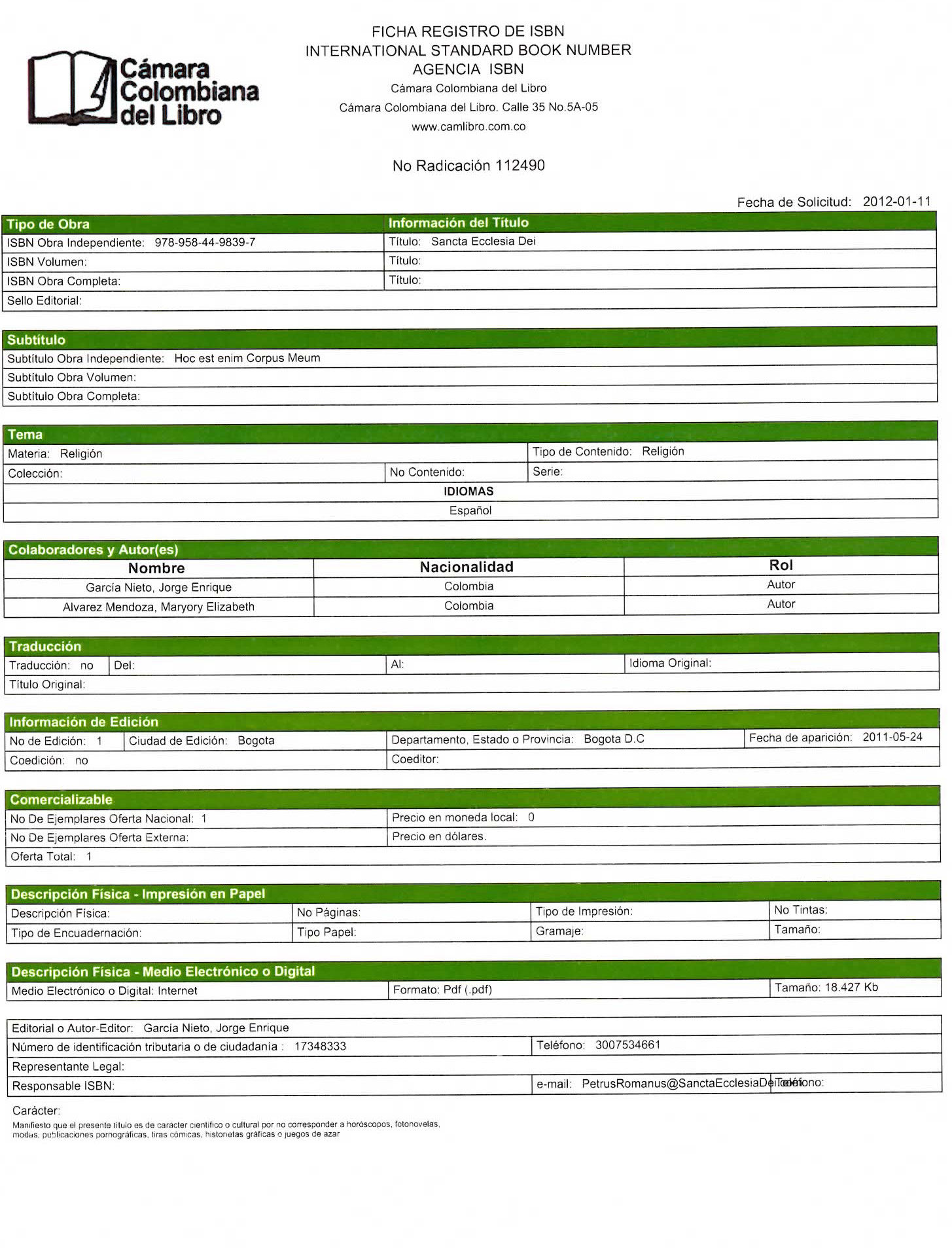 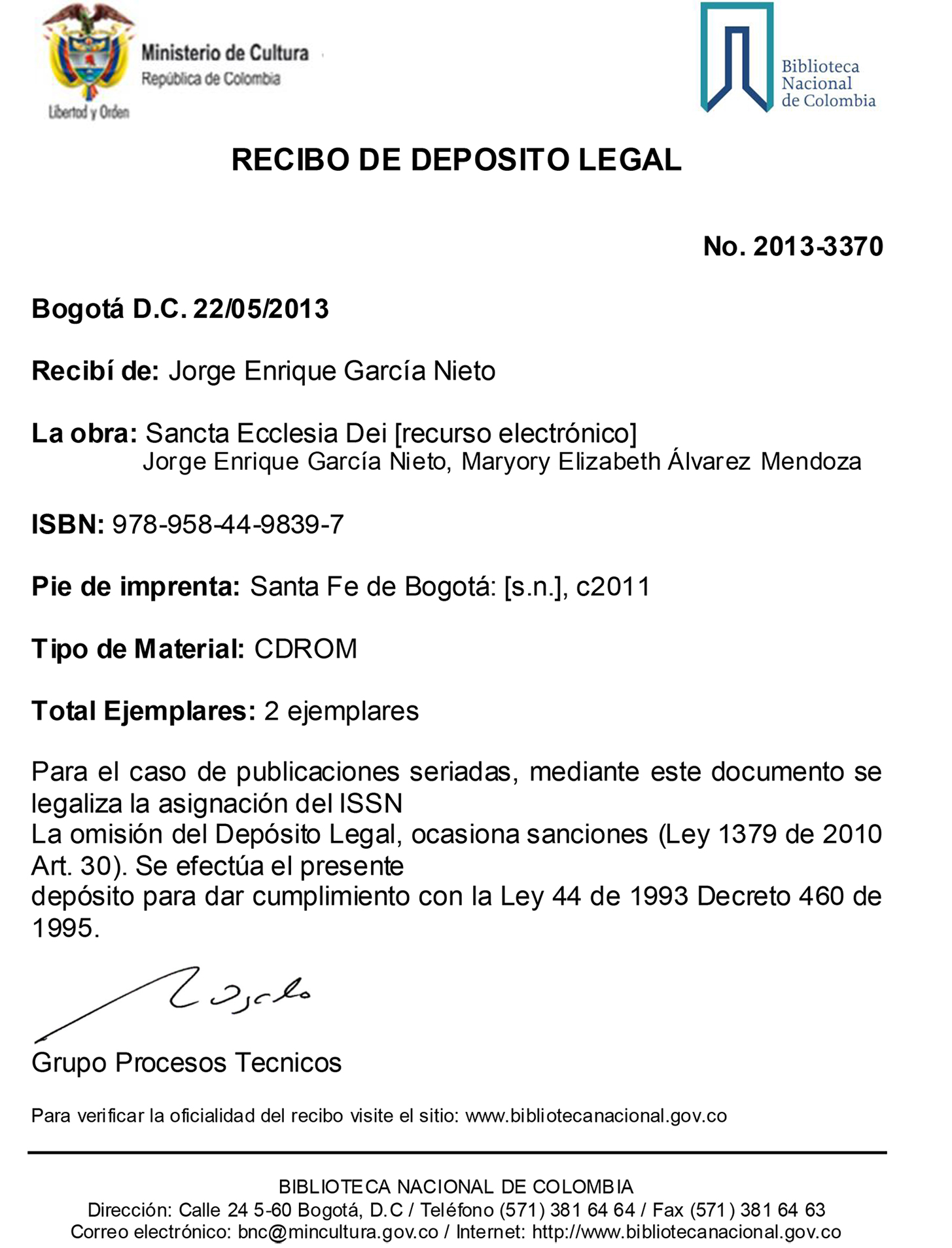 With Your Holiness Francis

Maryory Elizabeth and Jorge Enrique deliver a digital copy of their book SANCTA ECCLESIA DEI to His Holiness Francis for approval, on the 18th of November 2018, in Saint Paul VI Auditorium at Vatican City State during the lunch that His Holiness offered to the less fortunate of Rome on the occasion of the Second World Day of the Poor. And on this occasion they have received from Pope Francis a new blessing for your marriage 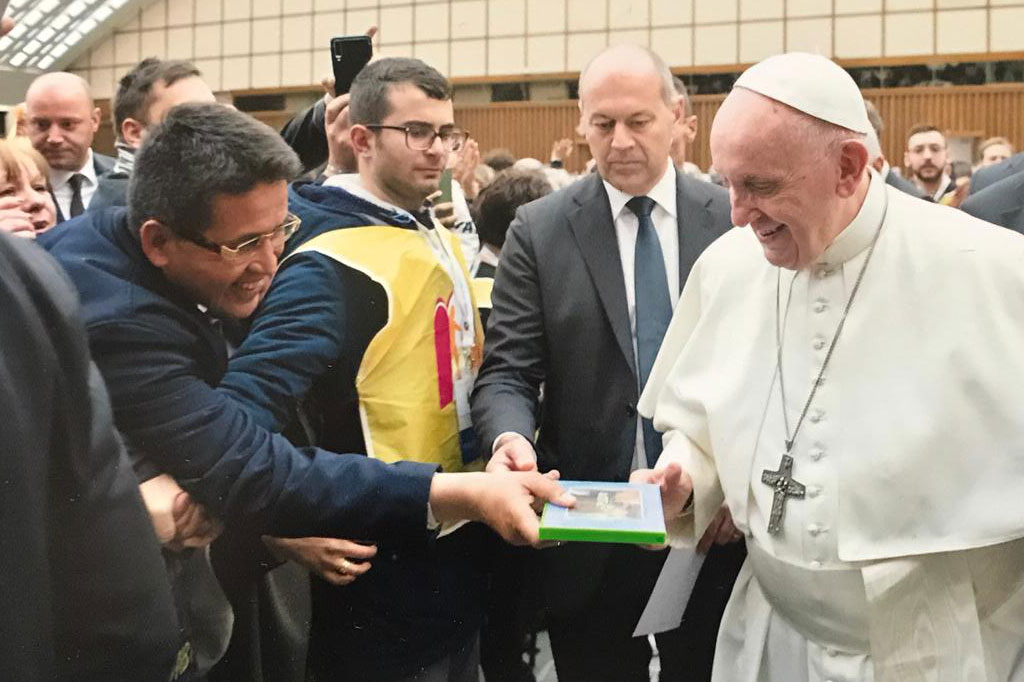 "Most Holy Father, thank you very much for having offered to have lunch with His Holiness, and we thank God for giving us the opportunity to give you our gift in this II World Day of the Poor: that which on the 14th of June 1998 Saint John Paul II has asked us to make: our book SANCTA ECCLESIA DEI. We place it in Your blessed hands!"

"The poor will eat until satisfied.

A Book to read with the look and the Heart of God".

Interview given by Jorge Enrique on Caleidoscopio, a program on Radio Maria Colombia, on the 25th of July 2013, where he speaks about his website and his book SANCTA ECCLESIA DEI

With the Pope Benedict XVI

Jorge Enrique gives a digital coy of his book SANCTA ECCLESIA DEI to His Holiness Pope Benedict XVI for revision, on the 26 of December 2010, during the Christmas lunch offered by His Holiness to the less fortunate of Rome in the atrium of Venerable Paul VI Auditorium at Vatican City State

“Charity is the strength
that changes the world.

Atrue prophet does not obey no one else other than God and places himself at the service of truth”. 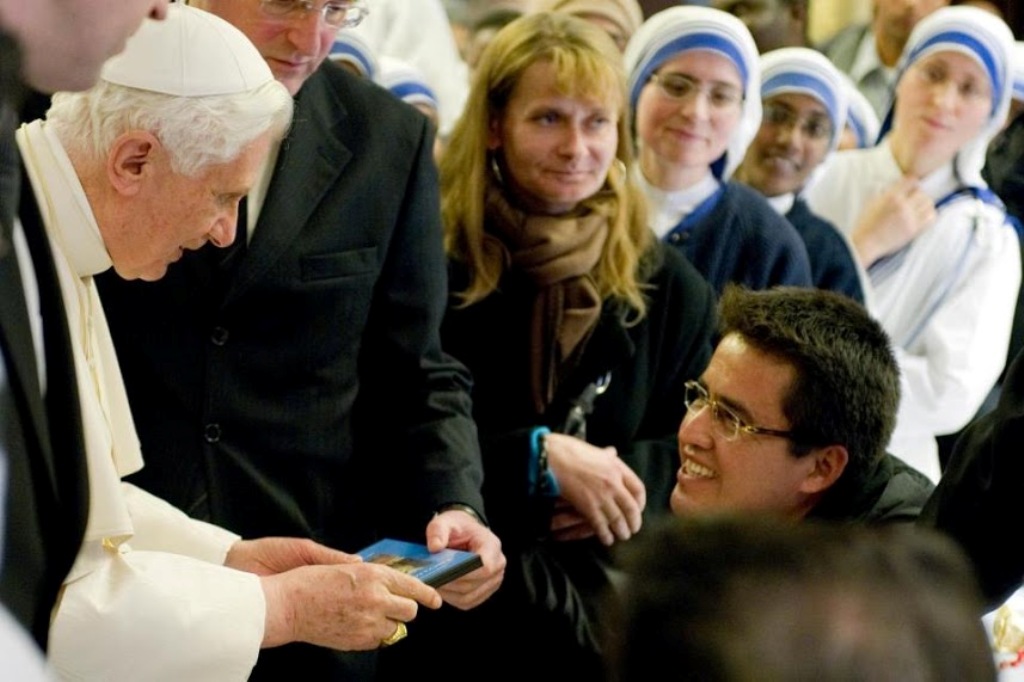 “Most Holy Father, thank you for offering this lunch with you your Holiness. We also thank God for giving us the opportunity of giving you this, our Christmas gift to you; that which on the 14th of June 1998 Saint John Paul II asked us to realize: our book SACTA ECCLESIA DEI. We place it in Your holy hands!”

If you value SANCTA ECCLESIA DEI and the work of evangelization that we are developing on the internet: help us with your voluntary donation through PayPal now!

"Remember the words of the Lord Jesus, when he said: it is more blessed to give than to receive".

Acts of the Holy Apostles XX, 35